Before leaving Greece in 1980, Gail recorded laments from two regions of Epirus. She extended her research into laments as part of her doctoral research at Cornell. Her thesis was the basis of her first book on laments and their relation to Greek literature, published in 1995 (see below). She published a second book on grief and mourning in 2000, and continues to write articles on the laments (see CV). Her most recent article on lament is “A Sudden Longing: Lamenting the Lost City of Smyrna,” in Bachvarova, Dutsch & Suter, eds., The Fall of Cities: Commemoration in Lament, Folk Song and Liturgy in the Mediterranean in Antiquity and Beyond. (2016, Cambridge, Cambridge University Press).

Holst-Warhaft’s book is bold and wide-ranging, with many fine insights. It is also eminently readable. 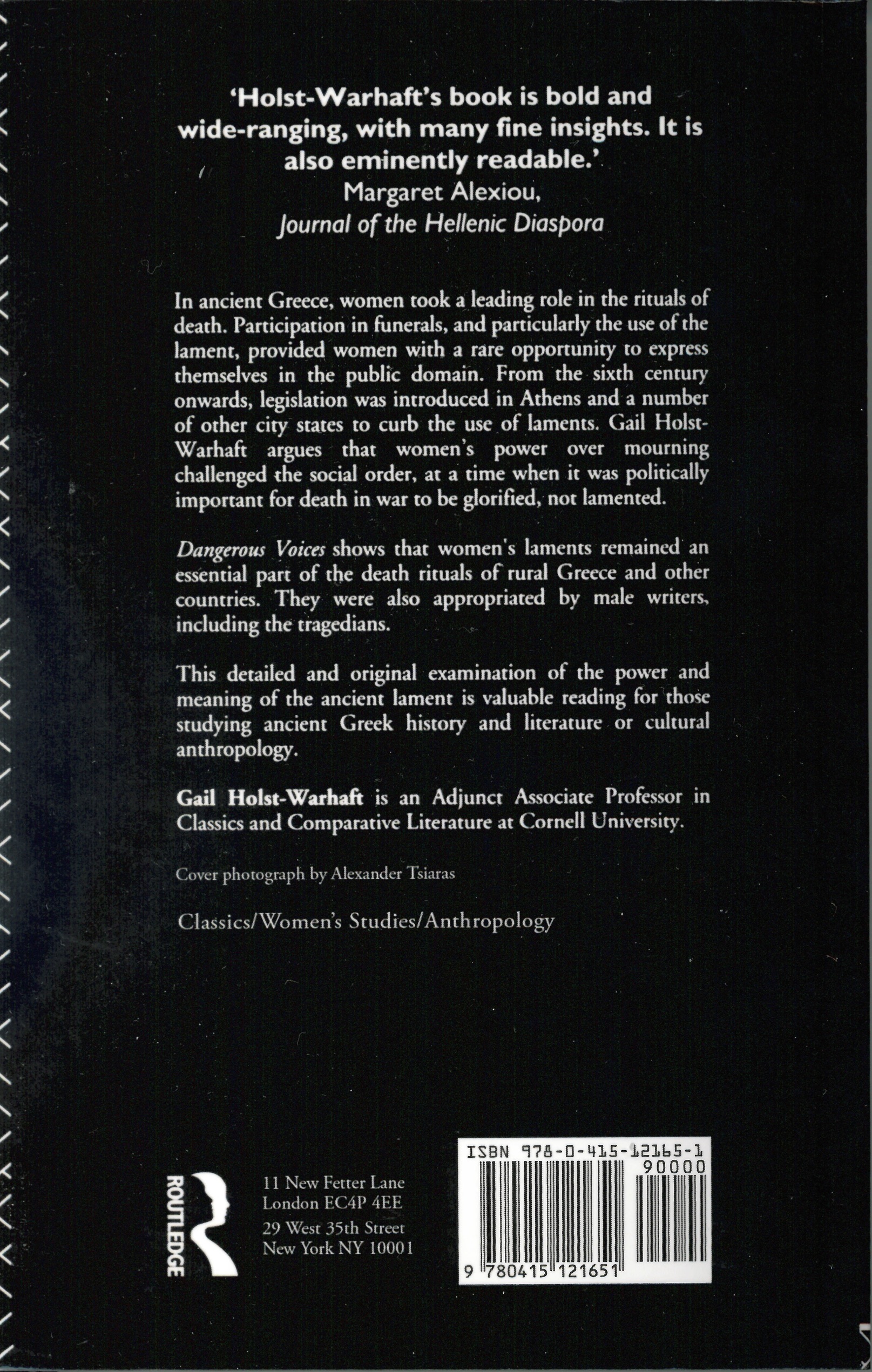 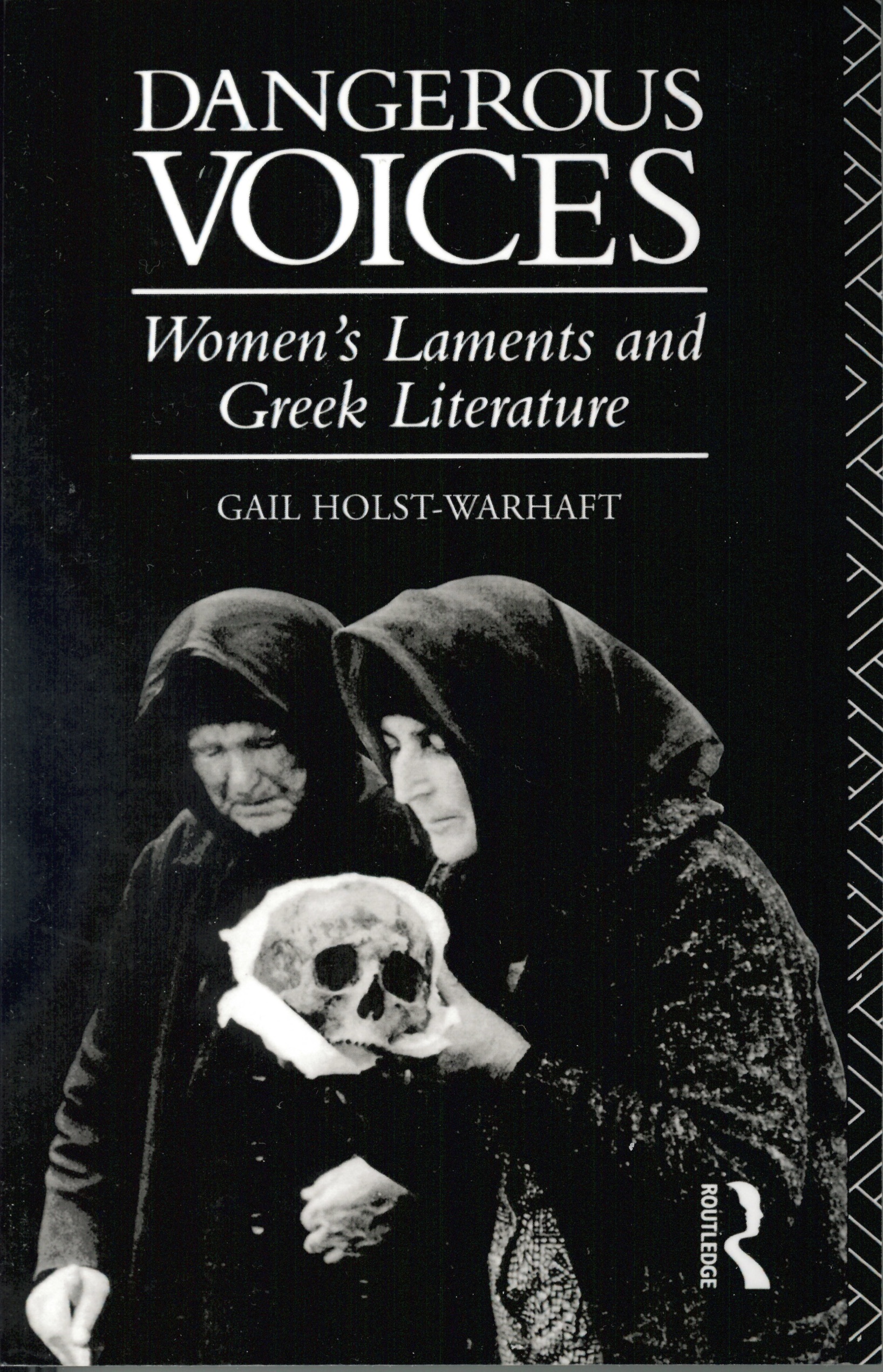 The Cue for Passion: Grief and Its Political Uses

A shrewd, incisive, beautifully argued study of the past and present gestures through which human beings around the word have come to terms with mortal loss.

Holst-Warhaft opens our eyes to the political uses to which grief can be put, and how political leaders attempt to channel this grief.

Holst-Warhaft writes as an eclectic humanist intellectual, at home also in anthropology, but skeptical of the pretensions of social science theories, with an intense interest in grief and its social effects in both modern and traditional societies. 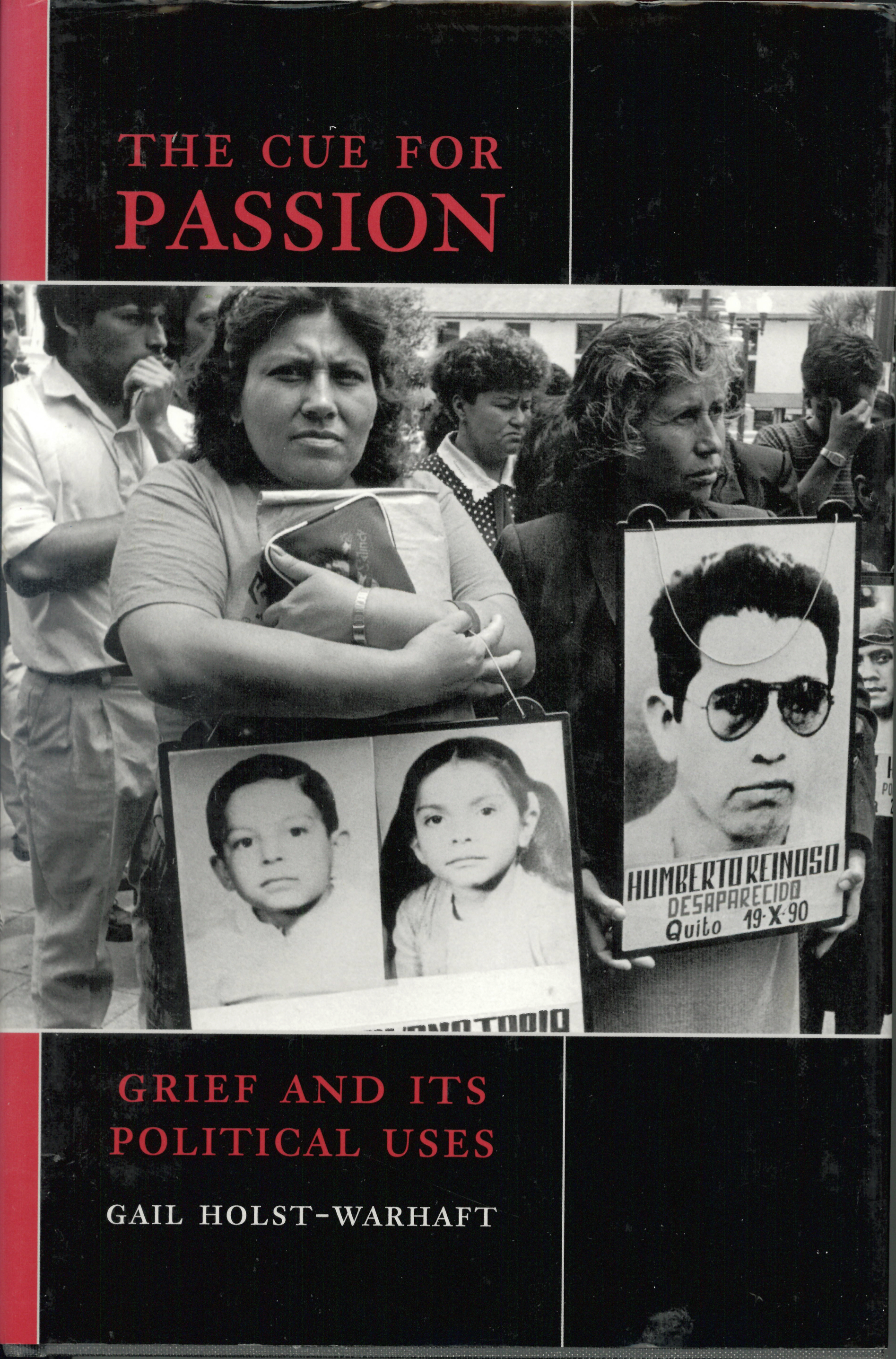