Holst-Warhaft’s poems have appeared in many journals in the US such as Literary Imagination, Literary Matters, BookPress, Seneca Review, Antipodes, Ithaca Lit, Per Contra, UK (Agenda), Greece (Poetry Greece), and Australia (Southerly). Her poems have also appeared in anthologies such as The Gospels in Our Image: An Anthology of Poems Based on Biblical Texts (ed. D. Curzon), New York: Harcourt Brace, 1995, Like a Fragile Index of the World (poems selected by Alice Fulton for the inauguration of Cornell President David Skorton) 2006, From the Finger Lakes: A Poetry Anthology (eds. P. Fortunato and J. Hopper), Cayuga Lake Book, 2016.

Holst-Warhaft was Poet Laureate of Tompkins County for 2011 and 2012. 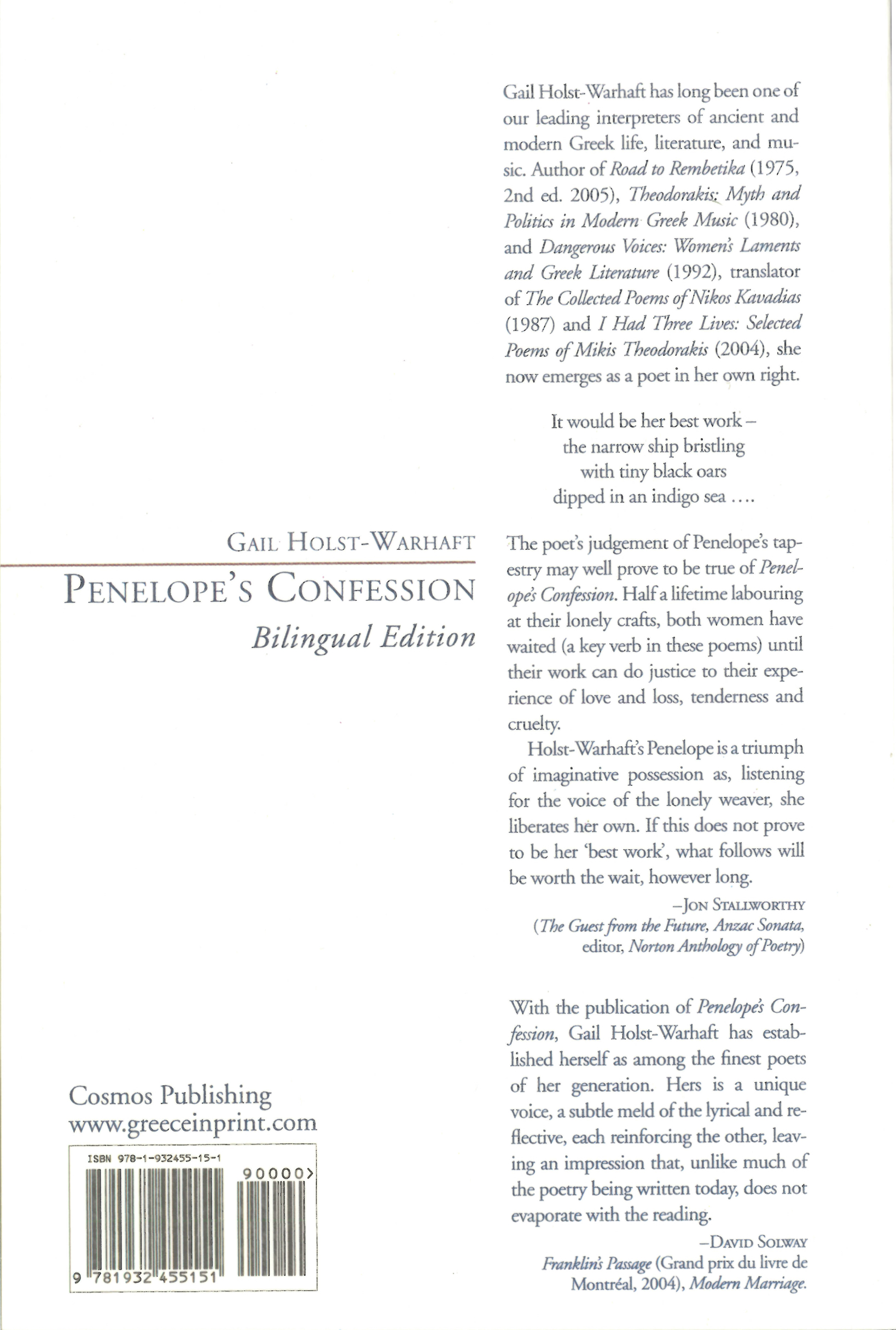 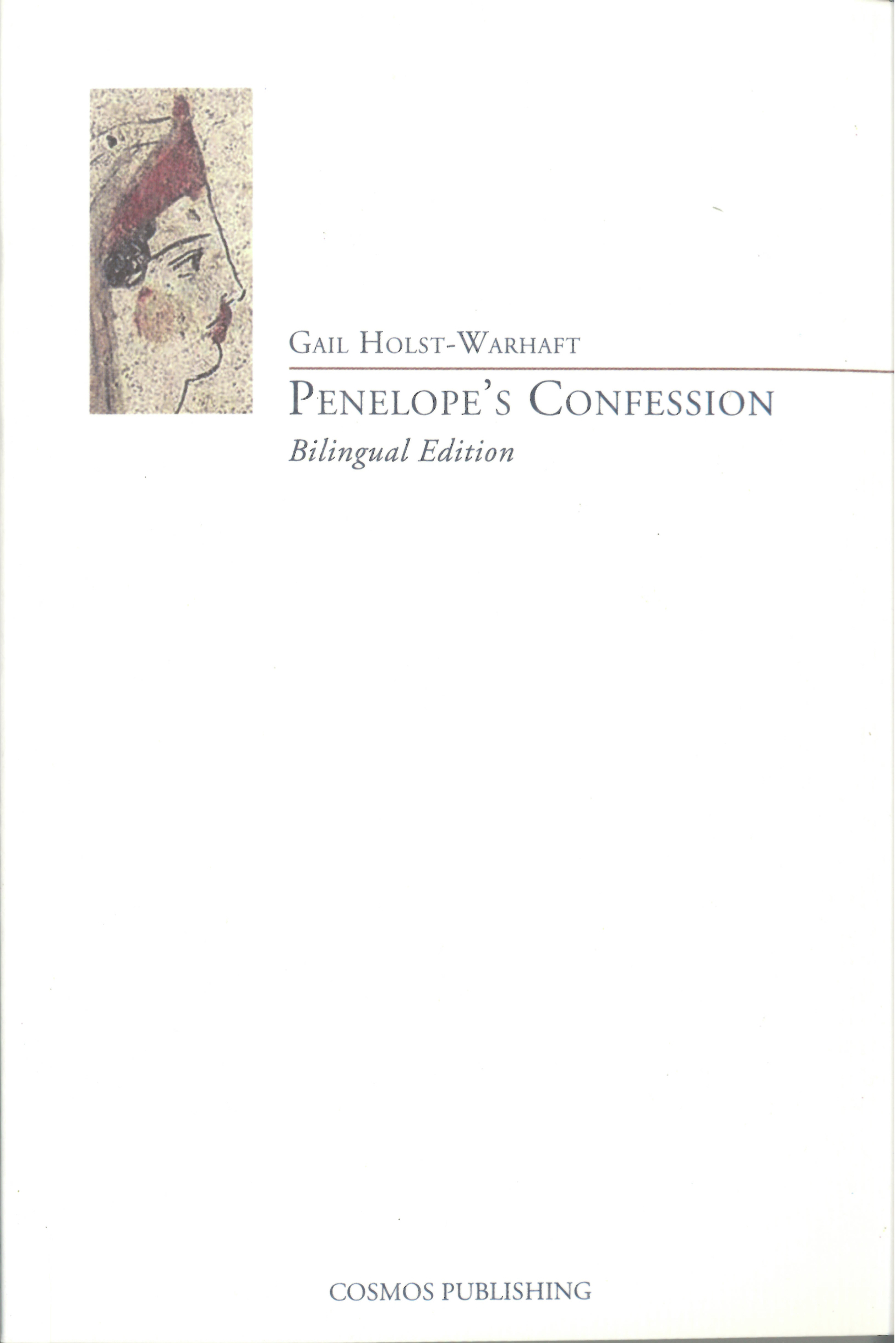 Holst-Warhaft's **Penelope** is a triumph of literary possession as, listening for the voice of the lonely weaver, she liberates her own.

– British poet Jon Stallworthy (The Guest from the Future, Hand in Hand)

With the publication of Penelope's Confession, Gail Holst-Warhaft has established herself as among the finest poets of her generation. Hers is a unique voice, a subtle meld of the lyrical and reflective, each reinforcing the other, leaving an impression that, unlike much of the poetry being written today, does not evaporate with the reading.

Lucky Country is a delight. Its author, a one-time professional musician who in the 1970s toured Greece, performing with Theodorakis, has written the standard work on Rembetika. She is also an accomplished poet and translator who has written a good deal about Greece, in poetry and prose, but the opening, substantial section of her new collection focusses on Australia, the country where she spent her formative years. The poem from which the book’s title comes begins

They called it a lucky country – fortunate
to be an enormous island in the South Pacific,

a level playing field for some
to rise like my cockney father,

a boy from the East End was enough
to place him in the old country. Among descendents

of convicts and their keepers he could become
a gentleman.

The tone, relaxed, assured, wryly comic, may at first seem more suited to prose than verse; but this is to reckon without Holst-Warhaft’s adroit manipulation of line endings and stanza breaks. Think how much would be lost without the ‘turns’ of ‘Among descendents // of convicts and their keepers he could become / a gentleman.’ Such seemingly casual adjustments of voice required by line breaks operate throughout. Quite without grand-standing, Holst shows herself to be a most accomplished technician.

The Out of Bounds Radio Show with Tish Pearlman